This civilian model of the VIPER comes without weapons or a set of jump jets and also lacks the up-armoured cockpit canopy. 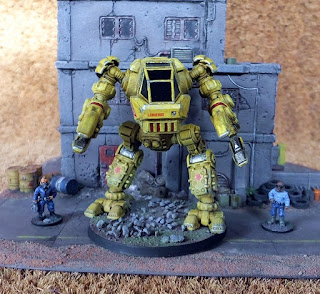 The large claws seemed ideal as load-lifters on a civilian work-mech.  These come in 3 pre-set poses that vary the angle of the pincers.  There are also finer manipulator claws which come pre-posed or with individual fingers for maximum flexibility. 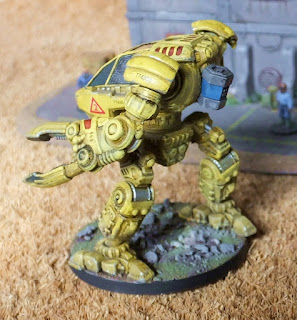 A small hexagas cannister was added to the rear of the hull.  It probably powers a built in cutting torch or something similar. 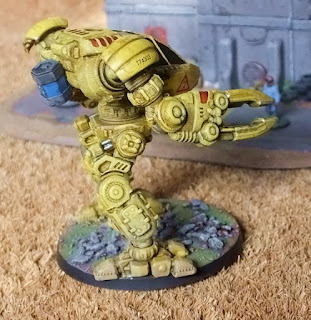 I opted for a different set of shoulders to further differentiate this from the military versions.  They also have the benefit of a larger flat area suitable for applying a transfer or two (in this case an ID number). 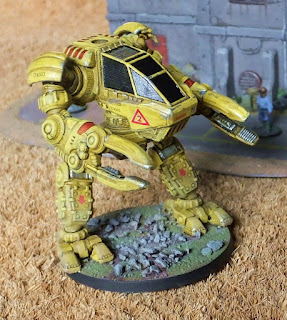 I've always been rather disappointed with the various yellow model paints I've had, they're often quite translucent or lacking in density.  I think I've found the ideal one now - this has been painted with a Wilko "Bumblebee" latex emulsion tester pot!  The coverage was far better than any craft or model paints I've had and at £1 for a pot containing about 3 times the normal amount it was great value.  It didn't obscure the detail as I had feared it might, so I'd strongly recomend this one.  Because the pigment is so dense, it's also really good for stencilling markings directly onto black or grey tarmac/concrete without having to apply a white undercoat first. 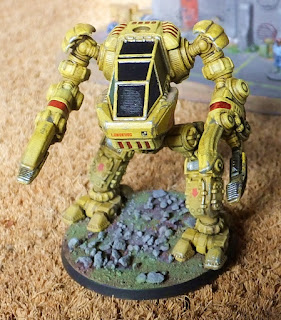 After base coating, the model was varnished with Future floor polish and an assortment of waterslide transfers applied from GW, WWII tank kits and Infinity.  The arrows on the legs are cut from an 8-pointed star of Chaos from an old GW transfer sheet, the ideal scale for 15mm vehicles. 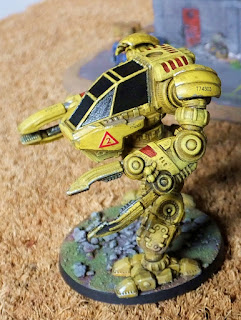 After the decals had a few days to dry, I applied a thinned black ink & matt varnish wash across the mecha, wiping it off quickly to avoid staining the raised areas. 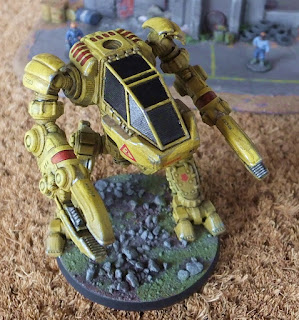 When I acquired a pot of Army Painter blood red speedpaint, I was eager to give it a try and adding a few coloured accents to the VIPER added a bit of extra interest. 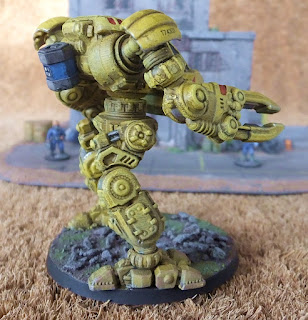 I gave the whole model a dusty drybrush, plus some silver chipping around the feet, claws and front of the hull.  This has given it a suitably beaten-up look for a well-used civilian loader/utility mech.  I've avoided rust stains, assuming that sci-fi mecha like this will probably have been built out of stainless steel or various composites. 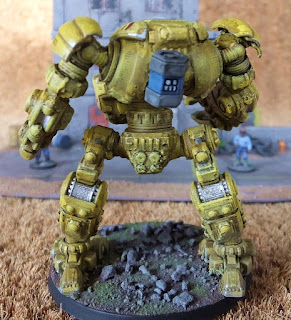 I also painted on a few lubricant leaks around some of the joints. 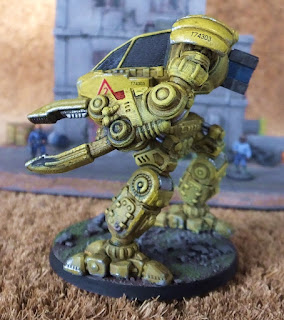 The cockpit got an extra coat of Future to give the canopy a shiny finish. 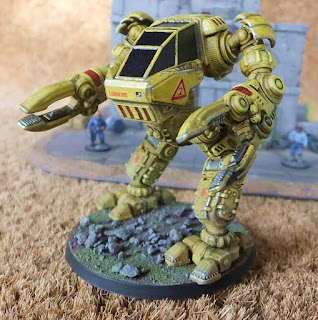 As with the combat VIPERs, this printed pre-supported without any difficulties. 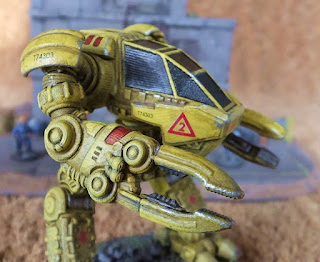 Along with the armoured cockpit and weapons, all parts for this model are also included in the base package for the Rebel Minis Earth Force VIPER, making it even better value for money.  If you play sci-fi in 15mm and have a 3D printer, you should go and buy this now! 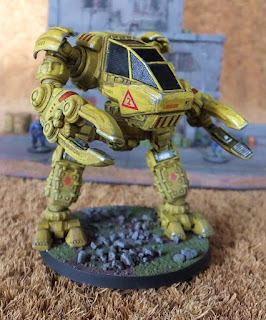 This will be an excellent piece of scatter scenery for my 15mm games and might double up in some games as either a repurposed rebel mecha in Tomorrow's War or possibly something for the survivors to try and hotwire in my Escape from Zombie Planet games.