Poundland is always worth a check when I'm passing and these were a good find last week - Star Wars First Order Resurgent class Star Destroyers. 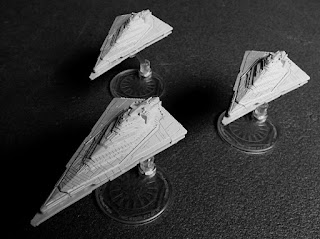 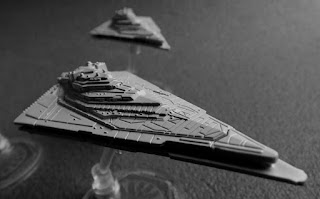 Not the iconic original Star Destroyer design (in fact these are supposed to be twice their size) but still well worth £1 each.

Various sources classify Star Destroyers as battle cruisers but this never seems quite right.  The battle cruiser traditionally had the firepower of a battleship but in order to achieve the speed of a cruiser it was more lightly armoured than a battleship.  This description doesn't fit the powerful Star Destroyer, in fact I don't think you can classify it in any traditional modern or historical warship class.  It has powerful weapons but it's more than just a cruiser or battleship.  It carries scores of fighters but it's not just a carrier.  More than 8000 stormtroopers can be landed by 100 landing craft but this is by no means only an assault transport.

Mine will be facing a number of familiar looking fighters from GZG... 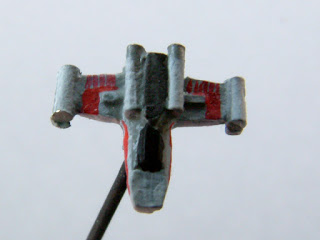 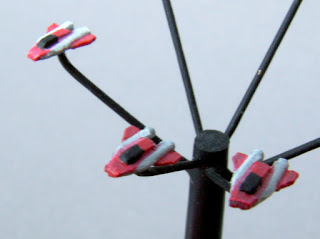 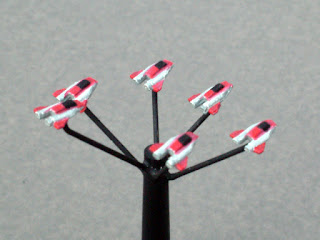 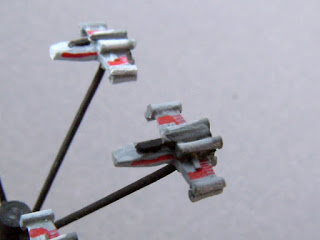 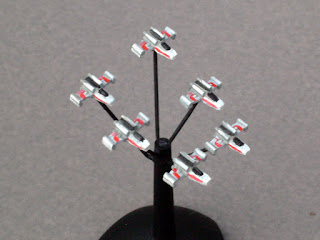 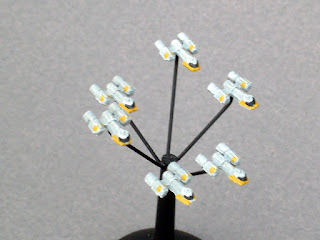 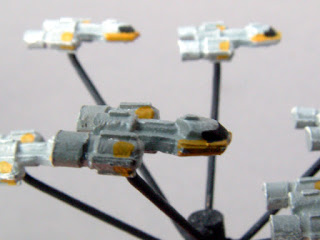 Armies Army don't seem to get as much publicity as a lot of the other 15mm sci-fi companies so I thought I'd mention Keith's 20% off sale which is on at the moment!

I particularly like his BTR290/260 APCs and their variants.  The BTR290 assisted jump frame reminds me of the old BattleTech Kanga jump-tank!

I'd be interested to see how they compare in size to other manufacturers - anyone out there taken any comparison pictures?
Posted by Paul at 23:02 1 comment: