I'm currently assembling a new force known as the "Hoplites".  The reason for this name will eventually become clear over the next few months.

Infantry wear combat hardsuits and rely on 6 and 8 wheeled amphibious armour for mobility.

I'm using Armies Army BTR 260 and 290 APCs, bought during the 20% off sale October 2017.  It turns out that only a few weeks after I placed my order, the entire sci-fi range was transferred to The Scene and some of them are now available once more.

The BTR 260s will form the light reconnaissance part of the force.

The BTR 290 PocoMaxa or Wolverine will be the fire support vehicle for the force.  This isn't yet available from The Scene.

BTR 290 APCs will be the main transport vehicles, carrying an 8 man squad plus 4 crew.

There are distinct differences between the 260 and 290 vehicles.  The 290 seems to have additional bow armour plates as befits its heavier role.

The detail on the rear doors is more clearly defined on the back of the 260.  Mine do have slight mould lines too, I don't know if those from The Scene will too.  They're easily cleaned up with a bit of milliput.

Of course the main difference is the length of the vehicles.  The 290 is considerably longer to accommodate the additional troop capacity, with a fourth pair of wheels.  You can see that the front hatch detail is more clearly defined on the larger 290.

The BTR 290s have a slightly rough texture.

The textured finish is visible on the front hull too.

The BTR 260 has a smoother finish but you can see its 3D printed origins in some of the fine detail.

Standard troops are equipped with gauss assault rifles, effective for both normal ground combat and in hard vacuum for starship boarding operations.  Their hardsuits are environmentally sealed but run on filters for ground operations, conserving their limited air supply until it is needed.

The exact colour scheme is still to be determined but will probably involve fairly subdued greens, browns and greys.

Today, a trip down memory lane.

My interest in wargaming / roleplaying was piqued by chance more than 3 decades ago during our fund-raising Cub Scout jumble sale, when I picked up a copy of the boxed set D&D 1st edition for about 50p.  No dice but it did have Player and DM books plus the Expert rules.  Soon afterwards I received my first gaming miniatures, the Adventurers Starter Set from Citadel Miniatures and the Citadel Colour basic paint set (with additional pot of "smelly primer").

The following hideously daubed monstrosities were my first attempt at painting these little figures...

Young Fighter.  His sword-wielding hand broke off and had been glued back rotated through a quarter turn.  I'm quite proud of his shield design, this was painted 4 or 5 years after the initial paint job. 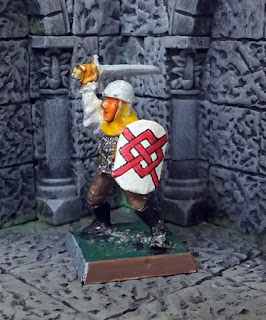 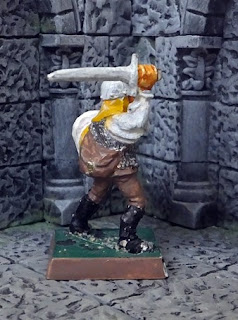 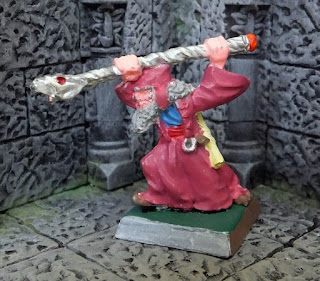 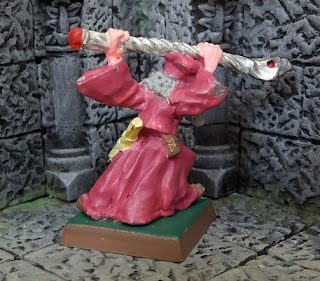 Heroic Knight in Armour.  Very small in stature, probably only 5'6" in real life! 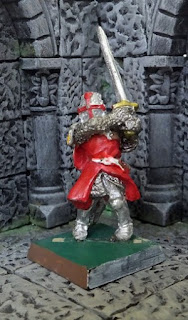 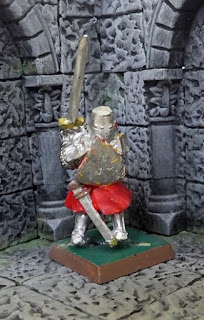 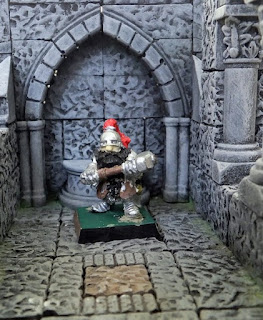 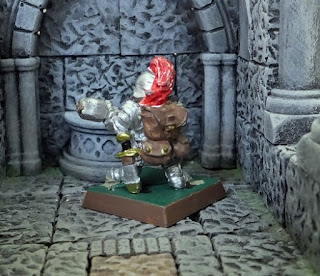 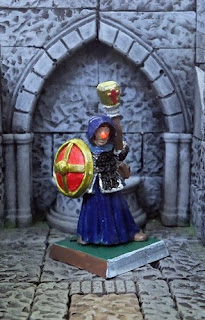 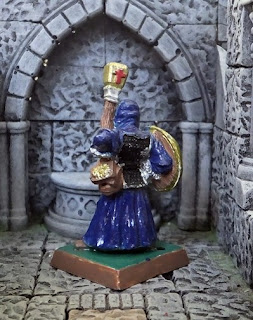 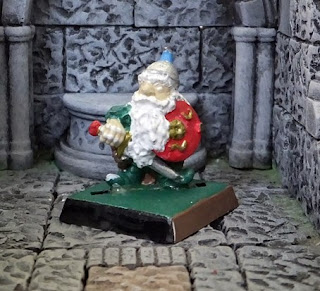 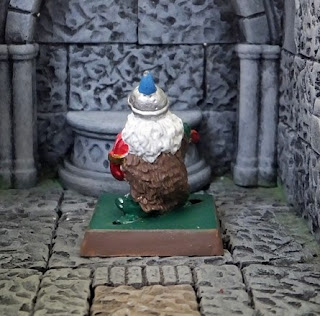 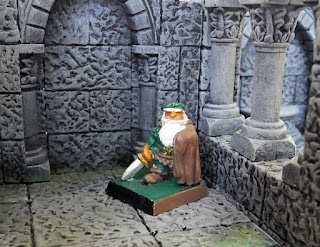 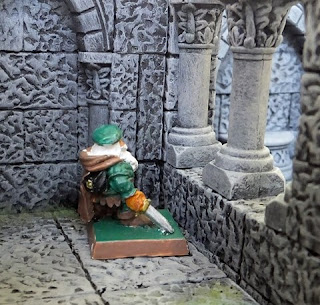 I still have the original box! 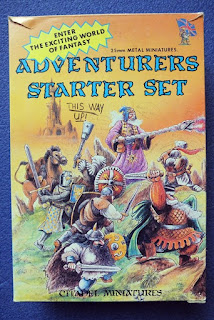 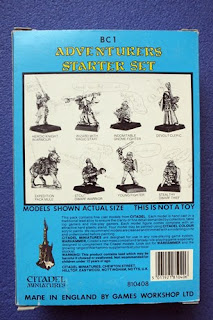 The box currently contains a different mix of dungeon explorers, but more on them another day! 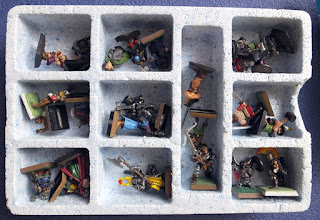 I should point out that I would have been about 11 or 12 when I painted those figures!  Back then, "Titillating Pink" was obviously the correct colour for a wizard's skin and I'd never thought of mixing colours together to make "bronzed flesh" more.. er... "bronzed".  Some have been revisited over the years, an ink wash here, a bit of undercoat there in preparation for re-painting.

I think a visit to the garage to soak in paint stripper could be called for.  After that I'll try and re-create my original paint schemes but with slightly more skill!
Posted by Paul at 17:14 4 comments:

Some recent charity shop buys.  First, we have a Matchbox helicopter that is close enough in scale for some Action Force adventures. 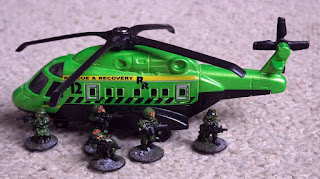 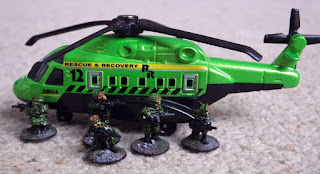 Not sure yet whether it will be military or just a civilian helicopter for use as a mission objective. 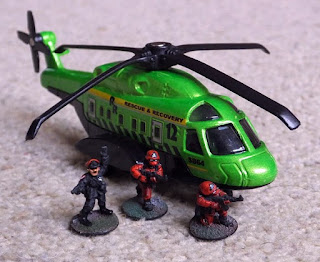 Second is a Hot Wheels Star Wars car which, with a suitable repaint, will be an admirable piece of post-apocalyptic transport.  I'm sure a few jerry cans and other items of stowage will dress it up appropriately. 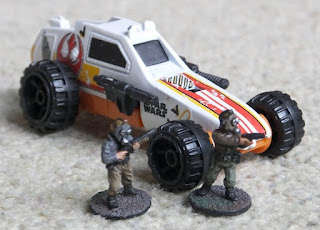 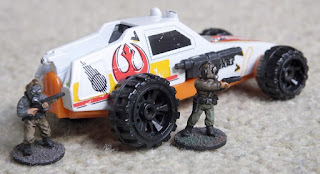 I probably won't bother to disassemble these and strip the existing paint, just an overspray of undercoat chould be enough to prepare them for their new colour schemes.
Posted by Paul at 15:37 3 comments: