Den of the Chaos Dragon

After last Sunday morning's trip to the Diceni Games fair, it was home for a quick lunch, then off to the Old Buckenham Bone Crushers for a Heroquest dungeon adventure.  Into the dungeon we venture with Eli-Dora the dwarf (Emily), Enthymethis the Enchanter (Declan), un-named Master of Swords (Simon), Big Jon the halfling (Paul) and un-named Elf (NPC / spare character).  Several of Paul's goblins are this week's special guest stars.


Another exciting adventure full of peril.  The adventurers' teamwork was the key to their success, especially the wizard boosting the master of swords' attack/defence with various spells, he was rolling about 5 defence dice and 11 attack dice at one stage (would normally be rolling 2 defence, 4 attack).  The adventurers did find more treasure and magical items than usual because I was making the most of my new treasure chests, crates, cupboards etc.
Posted by Paul at 18:31 1 comment:

Yesterday was the Diceni Games fair at the Forum in Norwich.  A nice range of games going on, some great costumes and lots of traders. 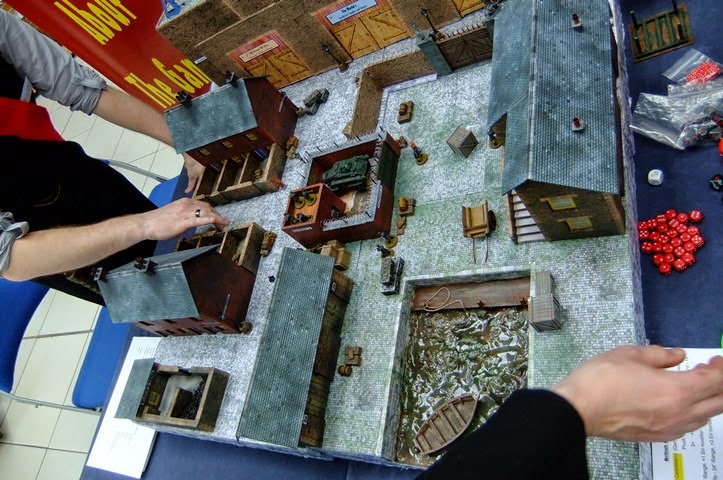