VIPER suit 501 is an anti-armour specialist, equipped with 14 guided missile pods as the primary armament and a chin-mounted point-defence gatling as the secondary weapon. 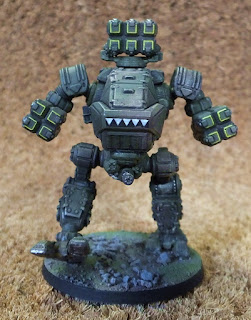 As an alternative, it could be an artillery or heavy anti-aircraft unit. 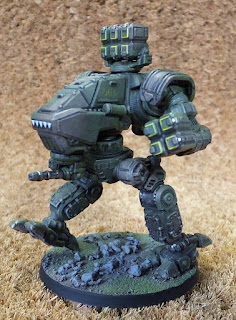 I added a small storage cannister to the side of the cockpit.  This is actually a re-scaled WWII German gas mask case. This pose has turned out better than the first VIPER. 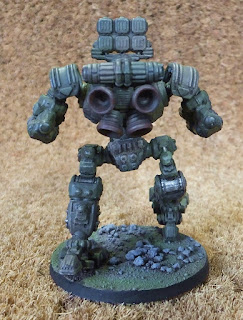 Painting was exactly the same as the first VIPER. 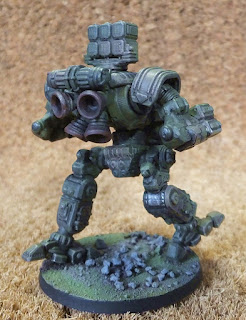 As with the first VIPER, this one has a Jerry can of extra drinking water attached to the main hull. 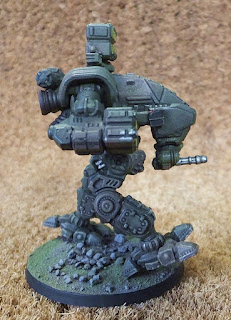 Water slide transfers were applied similarly to the previous VIPER, though the numbers are obviously slightly different. 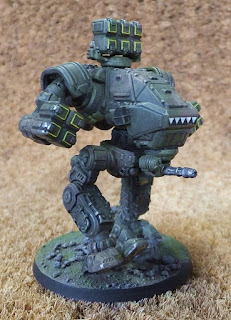 I added an extra "NO STEP" transfer to the arm missile pods.  Don't want anyone standing on those!

Taking advantage of 3D printing, these 3D sculpts are much bigger than the original physical Rebel Minis VIPER suit models, towering over a 15mm figure.