Sheringham 1940's weekend.  Sadly a rather misty day so no Spitfire flypast as planned!  Not much in the way of vehicles apart from the occasional jeep or civilan car but lots of people in suitable '40's clothing, a few of whom looked rather familiar... 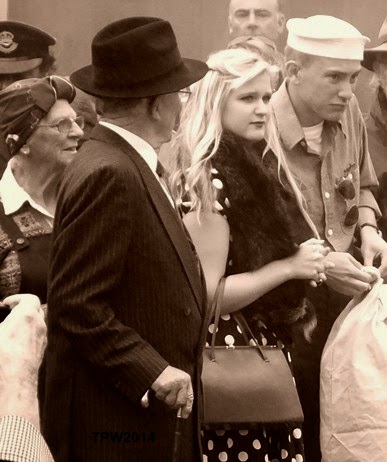 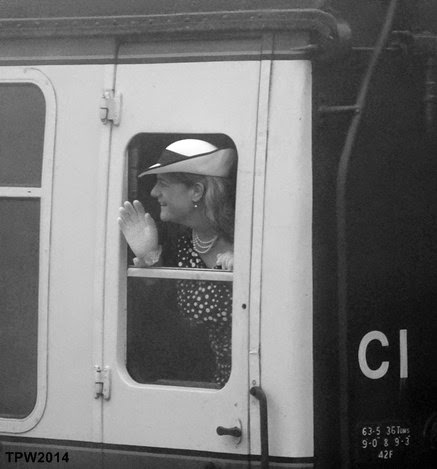 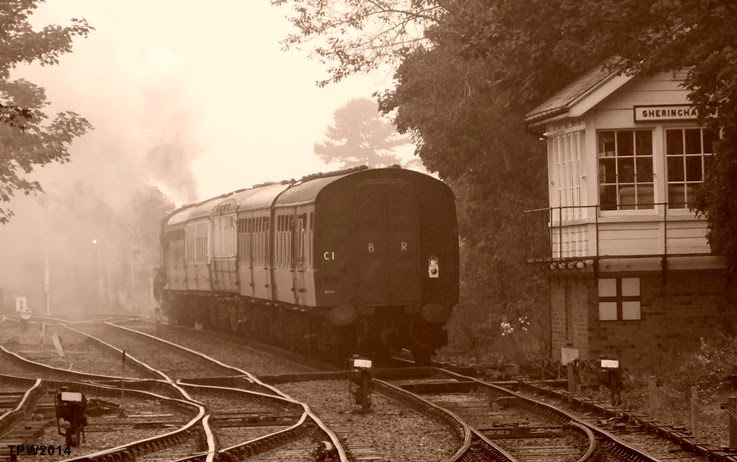 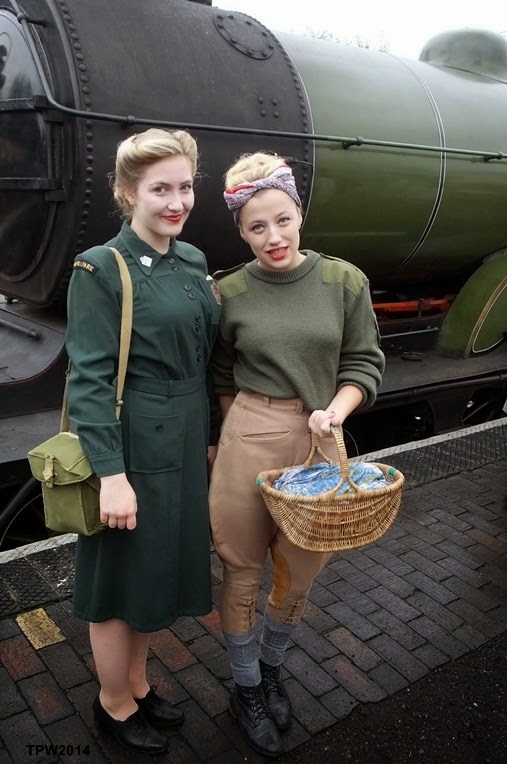 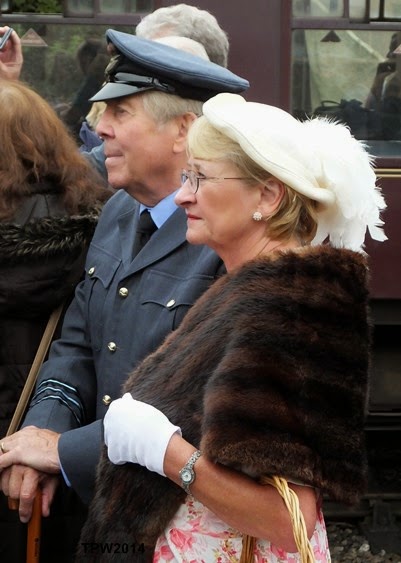 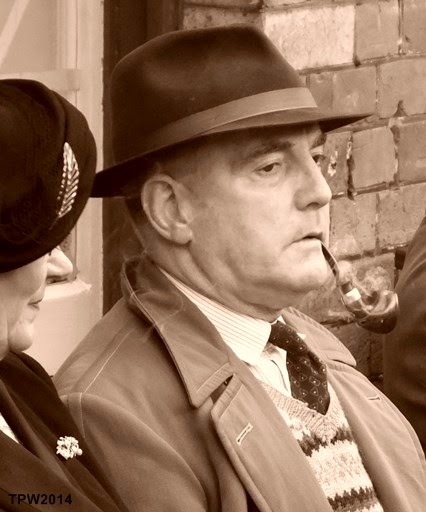 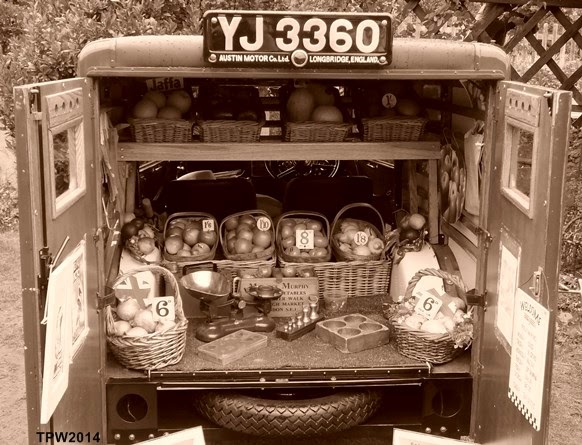 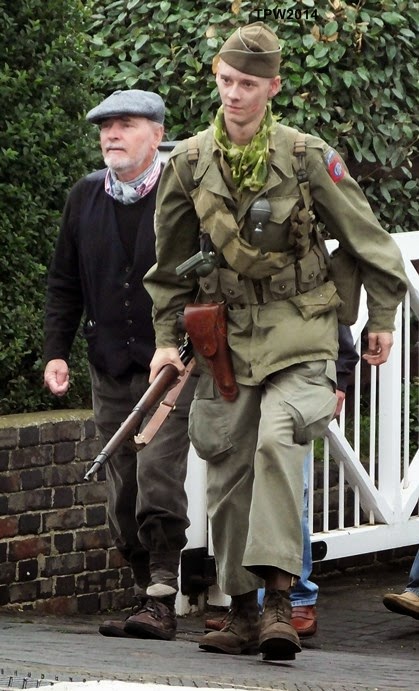 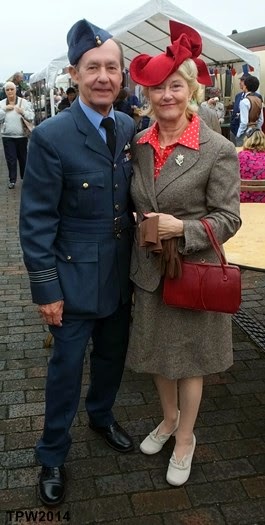 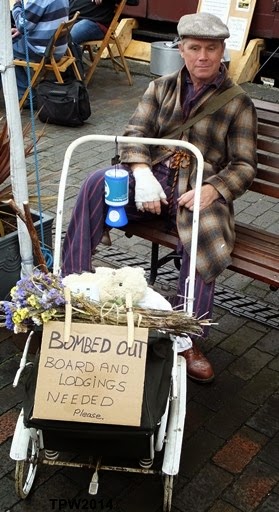 I've finished adding assorted stowage to lots of old Matchbox vehicles recently, most or more-or-less ready for painting now.  These will mainly be reinforcements for the Charity Freedom Alliance who have had to make do with unarmed APCs up until now.

Stowage has come from the fantastic new Brigade Models stowage sets, also a few old resin ammo crates, plastic girder off-cuts plus lots of hand-sculpted stowage rolls.  Being second hand, lots of these were very well played-with and have wonky wheels and bent axles so I've had to snip a lot off!  Hopefully some new axles from brass rod or steel piano wire will be suitable to replace them.

Last Sunday at the Old Buckenham Bone Crushers was an opportunity to try out the Hammer's Slammers rules which I received for Christmas.  I'm sure we've used them incorrectly but after a false start we did manage a pretty good game!

Fighting on the planet Charity continues as the Armed Forces of the Charity Freedom Alliance prosecute their campaign for independence.  Neo Colonial Commonwealth forces defending Charity's food distribution centres are coming under increasingly heavy attack.  On this occasion, a Neo Colonial Commonwealth APC has been ambushed; with 4 casualties and a damaged vehicle, a relief column is being sent to render assistance.  The action takes place in Premloc Junction, a small settlement heavily damaged during earlier battles on Charity.  No building remains undamaged but repair work has started and containers of materials are stacked alongside the road on the outskirts of the settlement.

The APC is located about 2/3 of the way along the game area, very close to the junction which gives Premloc Junction its name.  AFCFA troops have emerged from their APCs and are filtering into the ruined buildings in preparation for an attack against any NCC rescue force.

4 NCC marines are still able to fight.  Can they defend the APC until relief arrives?

The NCC commander sends in his Sabre MBTs first.  One breaks right to move round the flank.  A Lancer heavy APC follows close behind the second Sabre.  Outrider Scout vehicles skim up each flank. The commander remains safely in the background in his Gladius medium tank, the medical APC and engineering vehicle with him.

With these being Old Crow vehicles, there were plenty of stats for similar vehicles in the Slammers rulebook.  Although not exactly the same, I used the info for the Terran HALO HSAG13 Angel heavy tank as the basis for the Sabre.

Our initial game was to be regular NCC troops vs green AFCFA troops.  After a first turn of firing in which no-one managed hit anyone else, we decided to replay from the end of the first movement phase as Veteran NCC and regular AFCFA!

The AFFCA commander supervises the action from his fire support vehicle.

The lead Sabre targets the AFCFA commander.  Will their shooting be any better this time?

AFCFA commander spends all his leadership points moving squads up into the ruined buildings.  The flanking Sabre fires into the building, setting one corner on fire and killing the fireteam hidden inside.

Hopefully they can get into a position from which they can overlook the ambush site.

The Sabre's anti-tank missile fires its warhead in through the top of the fire support vehicle's hull.  Kaboom!  Goodbye to the AFCFA commander!

An AFCFA missile team are similarly lucky in hitting the Sabre in retaliation. It too is destroyed.  More missiles, buzzbombs and SAW gunfire are ineffective against the other tank and the scout vehicles but the squad of NCC marines by the damaged APC are mown down by gunfire.

With the start of the next turn, the Lancer moves forward over the destroyed tank (a useful feature of grav vehicles!) and the 3 squads of infantry debuss ready for action.

The Lancer is armed with twin rotary cannon which make it particularly effective against infantry, ideal for suppressing the enemy while their own troops move into cover.

This time an AFCFA gun team were the unlucky ones, they were wiped out instantly.

The NCC commander uses extra leadership points to move one of his Outrider scouts twice.  AFCFA squads are caught in the open, pincered between the 2 outriders and the Lancer, but 2 of the 3 squads of NCC marines have already fallen to the combined fire of several enemy units.

With the "mounting chaos" rule, leadership points are lost as troop units are destroyed.  Because leadership points (each turn roll 2D6 and add leadership rating of commander) are used to move units, as troops are killed, so your points pool reduces. AFCFA were unable to move any units after the second turn, leaving the NCC troops with free reign to manoeuvre and pick them off at will.


More Sabre fire against a building - 2 ATGWs and the main gun do so much damage that the entire building collapses, killing everyone inside.  Other AFCFA units have accumulated 4 suppression markers which mean they are removed from the game, presumably because they've run away!  With around 15 units fled or dead, including the commander, AFCFA forces surrender and withdraw en masse.

An enjoyable game once we got the hang of it.  The loss of leadership points as units are destroyed certainly played an important role.  I did spend a lot of time flicking back and forth through the rules, I think they could be set out slightly better but I like the overall mechanics.

Stowage is something I always like to try and add to my vehicles but my stock of old 1/72 scale items is gradually running out.  Fortunately Brigade Models are leaping to the rescue with their fantastic range of new accessory packs.  These should prove very useful for my current projects!

The fuel tanks and stowage boxes are designed for their Neo-Soviet tanks but are easily used with any other model with little or no alteration.

Crew figures will no doubt come in useful for many vehicles.  A good range of useful poses.

The round hatches happen to be exactly the right size for my converted Matchbox APCs.

Please excuse the half-painted Matchbox M-ATV, this happened to be handy nearby to show the scale of the weapons and how they could fit onto a vehicle.  Gun shields will be trimmed off whichever weapons I decide to mount on these so that they sit snugly in the M-ATV's moulded-on integral gun shields.


I went for tribarrels rather than 6-barrelled gatlings because the tribarrels looked slightly longer, less stubby.


The most useful set - you get a lot for your money and I like the way that the jerry cans come with and without vehicle racks so you can choose where/how to use them.  Vehicle racks are on both sides so you can vary which way you have the cans facing.  The larger stowage boxes are very nice too.

All in all, these are excellent value and will really help to add the little finishing touches that give a vehicle that "lived-in" look.  Most of the items had fairly obvious mould lines but these scrape off without much bother.  Handy tip: leave the jerry cans on the sprue while you scrape off the mould lines, it makes them far easier to hold! You can bend each one out of the way when you've cleaned it up and snip them all off afterwards.
Posted by Paul at 16:58 1 comment: