Neo-Colonial Commonwealth marines mobilise in response to intel of rebel movements near their camp.  Commonwealth troops were engaged for over 2 years trying to suppress the rebels on Gordon's Gamble.  Much of the fighing took place in the coniferous forest near the capital Bailey's Beacon. 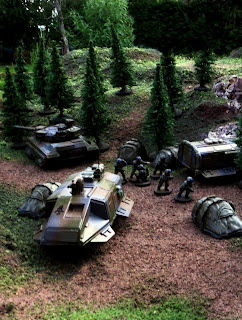 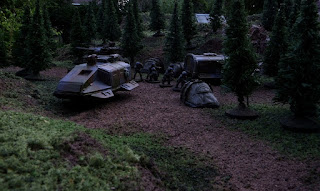 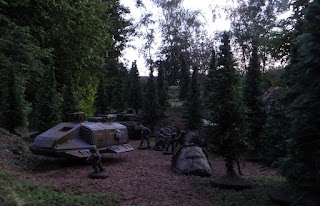 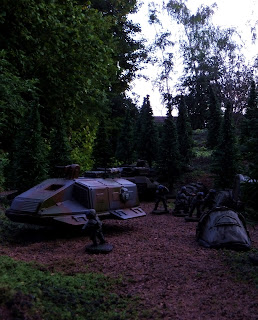 A few photographs on my new gaming board.  Trees I think are Heki.  Vehicles are Old Crow Glaive APCs and a Sabre grav tank.  Infantry are NAC Marines from Ground Zero Games.  Tents from Alternative Armies.