More Japanese Corporate Troops, this time without their helmets.  Other than that they're identical to those in pack SG15-J01. 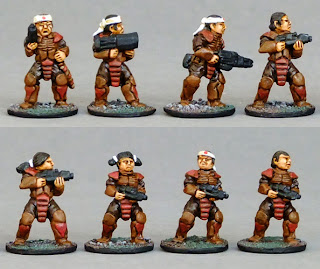 I think that the bare heads add a huge amount of character to these models.  I particularly like the squad leader shouting orders 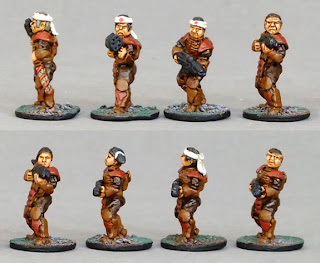 I've used exactly the same base colour scheme as the previous set.  After discussions with Jon Tuffley I've given them white headbands with a red circle in the middle to add to the Japanese feel.  I don't know if that would have any particular meaning in Japan but it looks OK anyway! 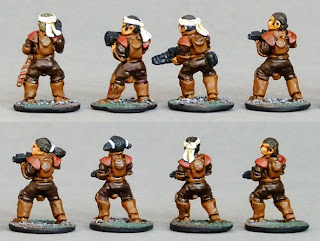 I'm especially impressed by the fact that these are 8 unique models, Jon has given each a different head rather than just doing 1 variation on each of the 5 basic figure types. 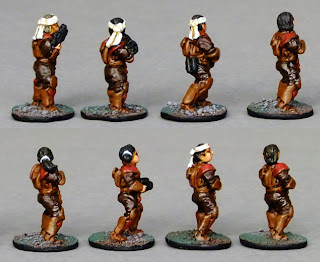 As you'd expect, these figures mix in well with the helmeted troopers. 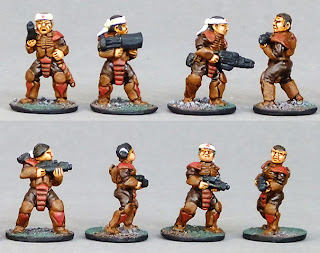 Tomorrow I hope to post the kneeling/prone Japanese troops - stay tuned!
Posted by Paul at 17:58