I'd seen a few other people make these store sheds so a few years back I thought I'd have a go too.  The starting point was some Britains farmyard 1/32 scale pig arcs (or "pigloos" as I've always known them).  The originals were metal as I had with my toy farmyard when I was a lad.  Mine are still in Mum & Dad's loft somewhere but I picked up a set of modern ones for a few quid on ebay.  These turned out to be plastic rather than metal but it didn't make any difference to my plans. 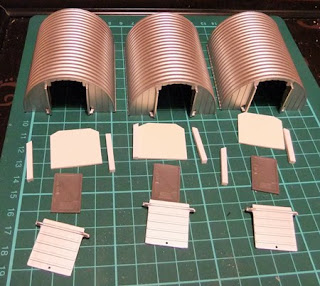 Some sheet styrene and some pieces of square section styrene rod were used to box in behind the door opening. 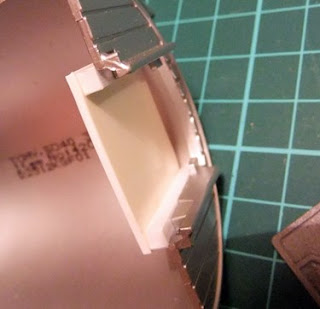 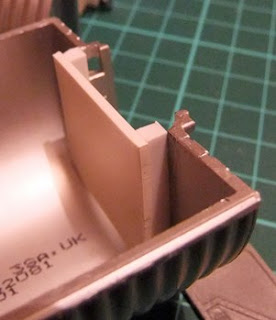 I had some old Antenocities Workshop 15mm scale doors in my bits box and these fitted neatly into the doorway. 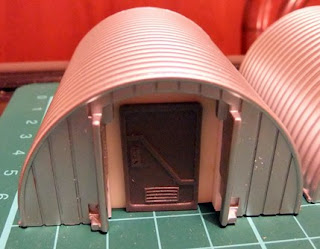 After  quick spray undercoat, the roofs were painted dark grey and the front panelling and ramps/doors dark blue.  The entrance ramps were stippled with brown to show where people have been trudging in and out.  A wash of Future floor polish and black ink prpovided shading and I drybrushed with the original colours for highlights, with some lighter grey added as an extra highlight on the roofs. 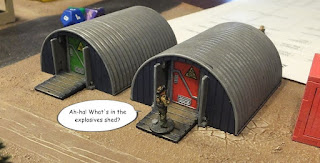 Doors were painted in bright colours and I used some rather nice waterslide hazard transfers to show what's in each shed. 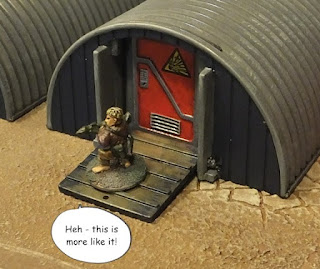 The sheds have featured in a few games, I thought I'd use the finished photographs of them in action from one of my zombie games. 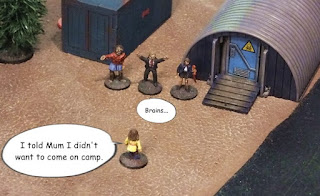 These were a cheap and easy way of adding a few extra buildings to the games table, and they come in useful in all sorts of different games.