For £1 each from a local toy shop, these alien war machines should be good glued into fixed poses and repainted.  They're a slightly biomechanoid form which reminds me of some '80s anime mecha such as the Robotech Zentraedi Queadluun-Rau or Nousjadeul-Ger power armour or maybe more the Robotech Masters' Bioroids with a touch of Invid.  They loom over 15mm figures and will give my Critical Mass Games mecha or my Exo-squad/Robotech Destroids a good run for their money.

There are ball and socket joints at shoulder, elbow, hip, knee and ankle to provide excellent poseability.  I'll be fixing them to round plasticard bases which should give stability to any running action poses.  A few old guitar strings and a bit of milliput will help augment their biomechanoid appearance.

One version has very long, clawed arms and a hefty axe, obviously a close-combat type. 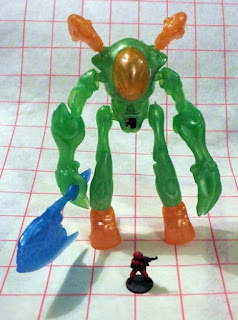 There are large shoulder mounted objects, perhaps some sort of jump-assist jets. 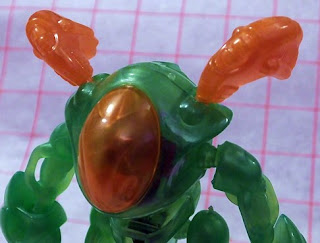 Alternatively you can swivel them to point forward in a more menacing way. 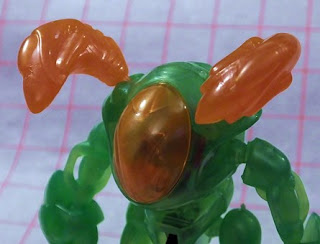 The ball joints allow a range of threatening poses.  With a bit of brass rod and some milliput I can add some recessed anti-personnel gun barrels to the forearms. 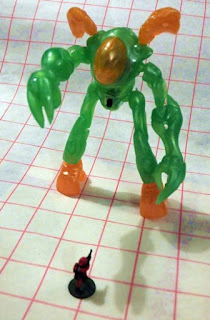 The ranged attack type has a rather odd weapon which has a Giger-esque alien head with a gun barrel protruding from the mouth! 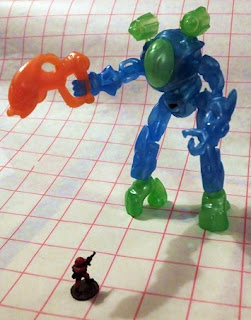 I can just imagine those claws scooping up screaming civilians for cruel alien experimentation purposes... 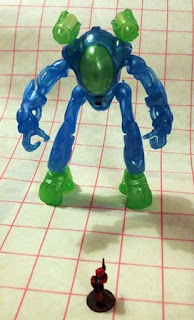 Shoulder mounts in this one appear to be some sort of missile launchers? 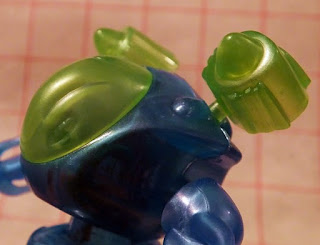 If you wondered what mechanism is partly visible inside the translucent bodies, it's an LED light system.  I think I'll be removing these for use elsewhere so I can glue the body cavity closed with no risk of later battery leakage! 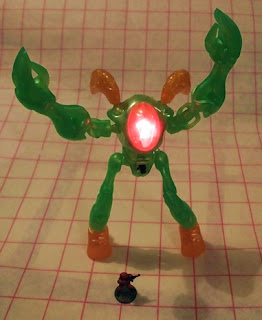 Now I just need to think of a colour scheme.  Any suggestions from anyone?
Posted by Paul at 22:21