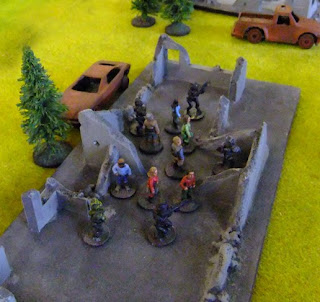 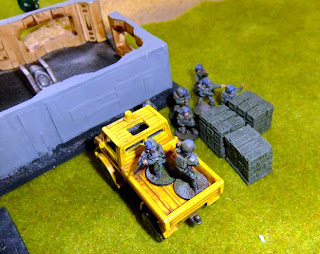 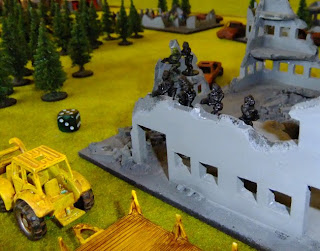 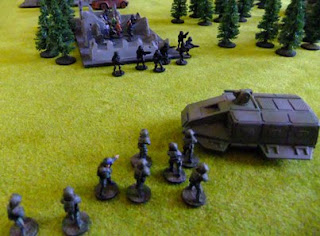 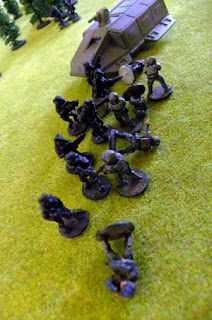 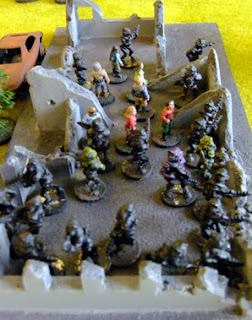 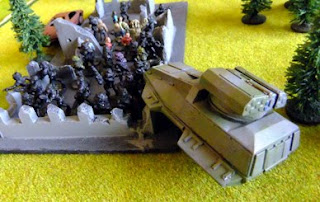 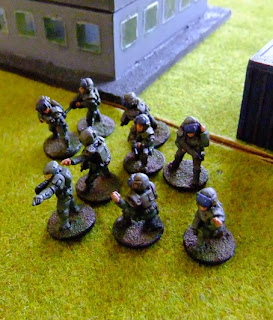 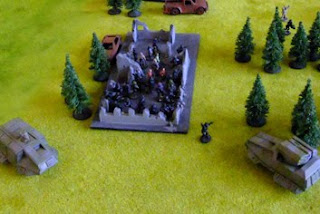 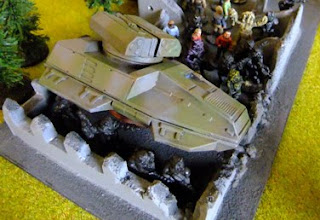 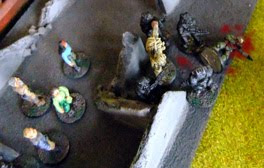 Victory to the Crusties? Sadly, no colonists survived, but as the Marines were all eventually killed, the Crusties have lived to kidnap colonists another day...
Models:
Old Crow Gladius medium grav tank with missile turret
Old Crow Sabre heavy grav tank (out of sight in the woods)
Old Crow Glaive grav APC
GZG Crusties
QRF Skullhunter (used as an easily recognisable commander for the Crusties)
GZG NAC marines
GZG New Israeli (used as officer for Marines so he could easily be identified)
GZG Civilians/colonists
Plus numerous toy cars painted as burnt out wrecks, Mechwarrior construction 'Mech etc.
Posted by Paul at 17:51